Galveston Island’s ghostly history makes it one of the top destinations in the country for spooky travel, from a haunted historic hotel to the island’s storied harbor, cemeteries and Victorian mansions. Here, visitors can get spooked by the numerous ghost stories that stem from the country’s deadliest natural disaster and other tragedies.
Galveston has many sites that are considered haunted, including an 1867 building that served as a morgue after the 1900 Storm – still the deadliest storm in U.S. history having killed an estimated 8,000 Galveston residents. The building now houses Haunted Mayfield Manor – a year-round haunted house attraction in downtown Galveston. The haunted house embraces the spooky history of the building’s past while providing guests with a psychologically thrilling experience. 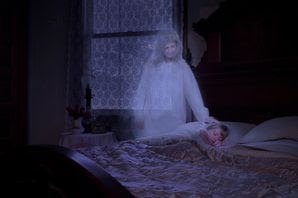 Also embracing its reported haunting is Hotel Galvez, which has been featured on the Travel Channel’s Ghost Stories and on the Discovery Channel’s Ghost Lab for its paranormal significance. The hotel, which offers year-round audio ghost tours and special tours during October, is said to be haunted by a “Ghost Bride” who reportedly has been seen in room 501 and in the hotel’s west turret. Legend has it that the bride hung herself in the west turret during the mid-1900s after hearing reports that her fiancé had died at sea. Tragically, her fiancé eventually returned to the hotel looking forward to a marriage that would never be. 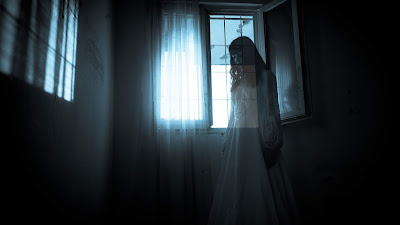 The Galveston Historical Foundation, which manages many of the island’s well-preserved historical sites and Victorian mansions, also offers ghost tours throughout October. Many of the island’s historic places have ghost stories attached to them as Galveston has been home to epidemics of disease, war, fires, storms and many merciless pirates, including the infamous Jean Laffite whose lavish and lawless den of thieves was the island’s first European settlement.
Galveston is also home to the nationally recognized paranormal expert Dash Beardsley, who offers ghost tours in the island’s cemeteries, downtown district and other parts of the island year round.
at June 16, 2018

Galveston Island’s ghostly  history  makes it one of the top destinations in the country for spooky travel, from a haunted historic hotel ...